The Idaho Trails Association sat down with hiking guidebook author Scott Marchant to discuss his experiences hiking in Idaho and his newest book, The Hiker’s Guide Greater Boise.

We know that you came from Florida, how did you get into hiking and end up in Idaho?

Iwent to college in Reno. But I grew up in Florida, and it’s pretty flat. I think the highest point is below 500’ above sea level. I went to Reno and I saw the Sierras and I’d never seen anything like it. From there I moved to Colorado and California for several years. You know, I had a family and we needed to go somewhere slower, leave the big city. I knew I wanted to stay West of Denver. We looked at the state map of Idaho and I saw all the national forests and that was a selling point. It really had a lot to do with the national forests as being such a high percentage of the state.

Which area in Idaho first caught your attention?

It was Boise. I think Hell’s Canyon was probably the first wilderness area. I hadn’t seen the Sawtooths until after I moved here actually. We lived in Boise first and then moved to Stanley so our kids could live in an unusual situation. There is a school downtown that is k-8 and we had three of the twelve kids there. In the Winter, the teacher would xc ski to class. You get a pretty unique grouping of people that live in that area.

Was it a particular hike or life event that encouraged you to switch from hiker extraordinaire to a guidebook author?

Well I’d always hiked. When we moved to Stanley I wasn’t working at the time and I was helping raise the kids. I figured, you know, there hasn’t been a new guide book written for this area in a long time and then I decided to do it. It probably took me two years to do it the first time. I didn’t know anything about how to theme the first book and I didn’t have the process down. I originally called Falcon Guide and they said there wasn’t a big enough market in Stanley, so I figured I better figure out a way to self-publish this. Then I controlled everything. I liked the creative aspect of it, I could put in quotes and whatnot.

Many of our members are already seasoned hikers. Are there any areas you would recommend to our members?

I know most of the trails in central Idaho. I tend to stay off motorized trails. A lot of times I find trails just by driving down a dirt road. I remember one time going into a store at the intersection by Black Creek Road as I was researching hikes. The fire crew was in there and they were all black from being out fighting fire all day. And I asked one of the workers about some hikes in the area and the guy said, “this guy lives just two miles down the road here” and he told me there were only two hikes you really want to know in this area. And that’s how I found them. One is Lava Mountain and the other is Corral Creek. I hadn’t seen them anywhere. No one had ever published them and they’re great hikes. In fact, Lava Mountain is one of the top ten wildflower hikes. Those hikes I’m not sure a lot of people would be familiar with. I would say in each book there are many hikes that a lot of people wouldn’t be familiar with. And some I’ve found just driving down a road. It may not be marked but there is a user sign. And so sometimes I’ve hiked down one and realize that I don’t want to continue. Other times you go and wow, they are incredible.

Well you didn’t just look at someone’s book and update it and check it off, you really explored.

I call out to people and ask them to recommend trails.

Do you tell us if they are motorized or not?

I tell people in the book if you are likely to see a motorized user. There are other trails that you can take motorcycles on and you don’t see any. But you know, the motorized tend to go to certain places.

You’ve already self-published your previous three books. Are there any big changes from the previous ones?

I would say the biggest change is that I’ve added dispersed camping. You know, in a lot of these places if you go out outside of Idaho City there aren’t a lot of hotels. If you are an hour from Idaho City, a lot of people want to car camp. So I mention great spots that might not be a campground, but they are near a trailhead or even eight trailheads. A lot of times people want to go out for the weekend and they may not want to backpack but they want to have that outdoors experience. I also have a section on hiking with children. I talk a little bit about nature deficit disorder and how to engage kids in the wilderness and really it comes down to involving them when they’re young. No forced marches, let them bring a camera and take pictures.

So what is the process when you are doing the research for the trails? Do you wear a GPS and track coordinates?

Yeah, I have a GPS, pen, paper, camera. I probably take 75-100 pictures per hike so I can remember what I see when I write the description. I can describe the meadow like the picture shows me. I’m really into wildflowers so with each hike I will mention which one you are going to see. And working with the forest service too. So I have a big stack of papers with all of these notes on trails. They are pretty pre-historic looking.

For this new book, any cool experiences with wildlife encounters or gear mishaps that occurred during the research?

I’ve run into some interesting people in the backcountry. But I haven’t really had anything beyond bears popping out on the trail. But I’ve met really interesting people. I’ve met several trappers. People that have a very unique life and so it’s interesting to talk to them. One time outside of Smith’s Ferry I ran into a guy that was trapping everything. I mean, he was showing me all of his traps and boiling them. He had ones for bobcats and wolves and invited me back to his camp to have a beer and so I did. Of course, we’re like in two separate worlds. It was just really interesting to talk to him since he saw the world so much differently than I did. When I was researching the McCall book I ended up car camping and slept in the woods instead of renting a house.

One day I was set up and I was going to go to Crystal Lake the next day and some guy came up to me thinking I was someone else that he knew. I told him I was going to head out to Crystal Lake the next day and I asked this guy what he knew about it. I know it is mentioned in Margaret’s book, but I was unsure of the information since it had been several years. He told me that there is a trail to this point and then it’s all rock cairns. And then I said, ”can you follow the rock cairns in and figure out how to get there?” but then he said, “sure, but I knock those damn things over every time I see them. I don’t want anyone to know where that lake is.” And I thought, I’m not going to tell him I’m writing a guidebook so I didn’t say anything to him. It is in the book.

So you’ve done a lot of hiking in Nevada, California, and Colorado. How would you compare the trails in Idaho to the ones in other states?

I would say the biggest thing that I notice is the rawness of the trails which I like. They don’t seem to be as maintained. Well, some of them are, but in general, if you were to generalize the trails in California and Colorado for instance, they might be better signed and in better condition. A lot of the trails don’t allow motorized use so some of our trails that get a lot of motorized use can get ruts and then if they’re not maintained, when there’s drainage it makes them worse and then you have to hike around it and that makes the trail wider. A lot of it isn’t signed. That is probably one of the biggest differences. But I like that in a way because then I have to figure out where I am. There is that element of being an explorer.

So tell us a bit about what we can do together to make the trails better in Idaho.

What I can do is give you more information about trails, especially trail conditions. And maybe more people would use them if they were in better shape. Another thing is with signs. I think for a lot of people they see a trail and if there isn’t a sign they may not want to go on it. If there is a sign, people are less afraid. It’s a matter of perception. 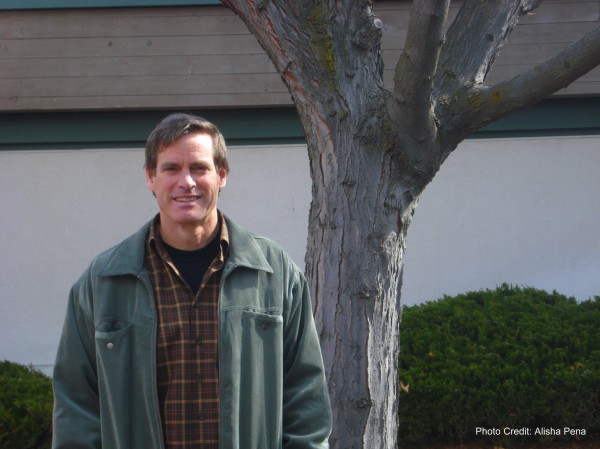 For more information on Scott and where you can buy his books, check out his website, www.hikingidaho.com or you can find his table on Saturdays at the Capital City Public Market in Boise.