Earlier this summer, ITA, in partnership with the Payette National Forest Heritage Program, helped complete a survey of the historic Three Blaze Trail in the Frank Church- River of No Return Wilderness. The Three Blaze Trail was built in 1902 during the Gold Rush days to connect the mining town of Dixie, Idaho with the Thunder Mountain mining district over 90 miles of rugged terrain. Many miners traveled the route in hopes of finding gold and becoming rich.

In late May, ITA volunteers and experienced hikers John Platt, Art Troutner, and Dave Beck spent three days in the Campbell’s Ferry area mapping traces of the old trail and documenting any artifacts found along the way. Portions of the Three Blaze trail are still maintained and in use for recreational purposes but other parts of the trail have been completely lost. Many forest fires over the years have obscured the route and made it hard to find the iconic “three blazes” along the trail. These were trail markers cut with axes into trees along the way to guide travelers.

The surveys that ITA helped complete in 2019 and 2020 are part of a larger study into the Thee Blaze Trail. Morgan Zedalis, the Assistant Forest Archaeologist for the Payette National Forest’s Heritage Program explained how the areas around Campbell’s Ferry and Chamberlain Basin where the ITA volunteers surveyed were probably some of the harder portions of the trail route to try to identify. The three volunteers were working with hand-drawn maps for some of the areas without a scale to try to find the way.

When asked why this survey was significant for the Heritage Program, Morgan explained, “I think it’s important to document the stories and the lives of people that contributed to the settlement of Idaho and to our current sense of identity and who we are as Americans. I think it’s really important because once those stories and the remains of those stories on the landscape are gone, they’re hard to get back.” Morgan believes that the history of the trail goes back much further than just to Idaho’s mining days. Many historic trails like this one were likely once Native American travel routes.

“You can’t really grasp the hardships that our forefathers dealt with until you ‘walk a mile in their shoes.’” explained ITA volunteer John Platt. “I think it’s cool to imagine what life was like back then. REAL wilderness, where man was an ignorant intruder. Or blissful explorer. I’m amazed at the work and effort it took to know the lay of the land well enough to create such a trail. Remember, there were no maps. And the area is fantastically rugged.”

Morgan hopes that this survey will lead to big things for the trail. The Heritage Program is planning to nominate the trail for the National Register of Historic Properties and possibly even apply for a National Trail designation. 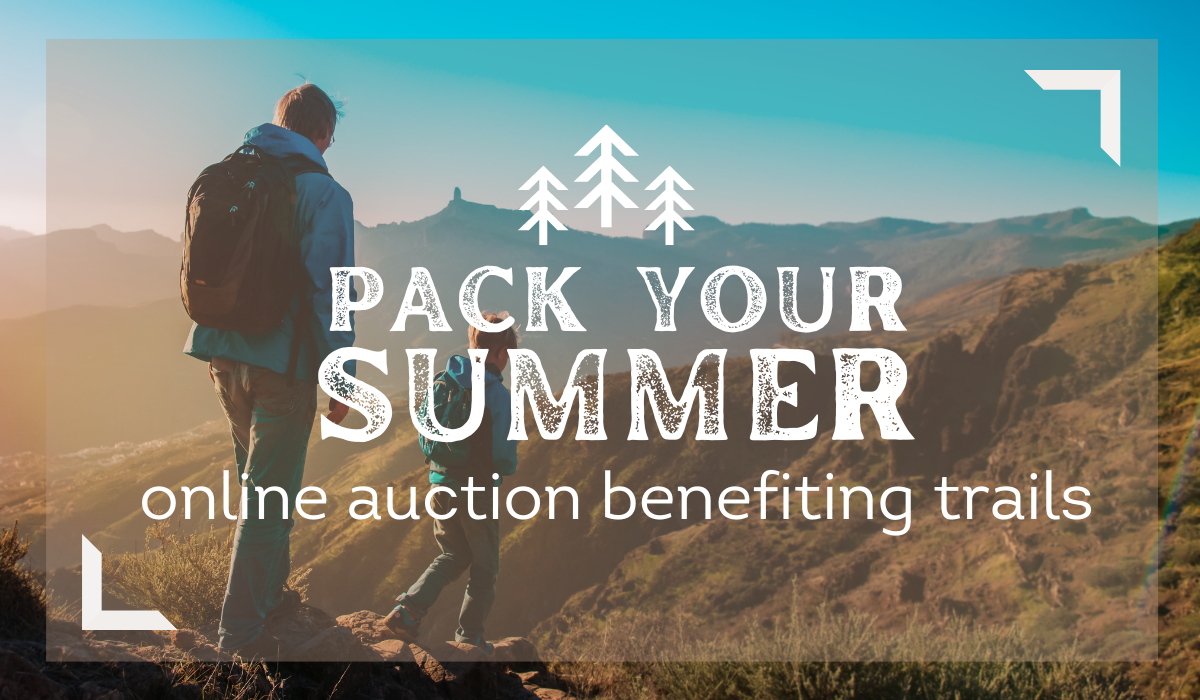 Join us now for ITA's Pack Your Summer Online Auction