Clay’s CDT Blog Part 4: Watch out for that steak! 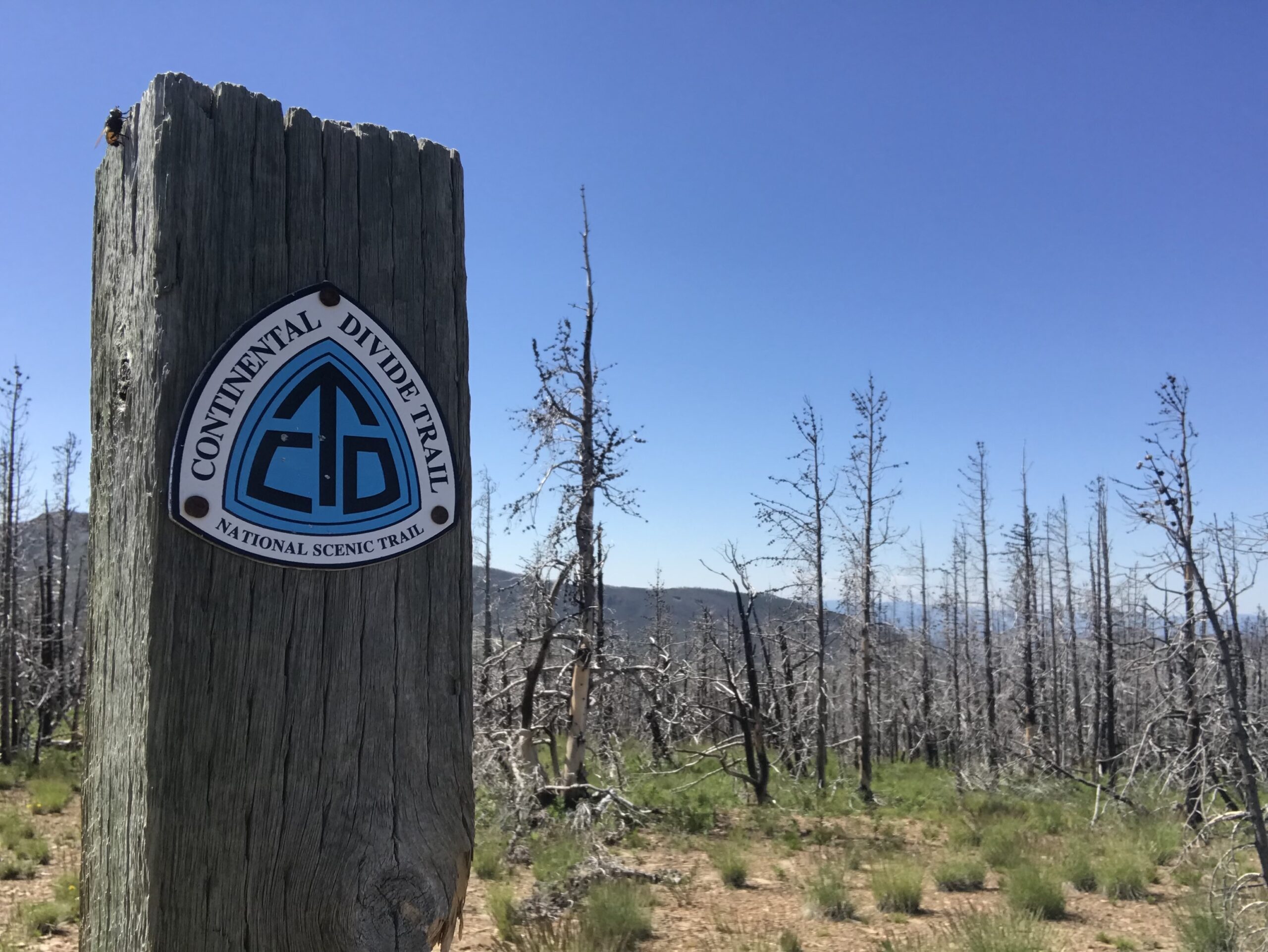 At 8 am, several groups of hikers converged at the Lazy B Restaurant in Augusta, Montana, where the Great Plains roll in increasingly larger waves to the foot of the Northern Rockies. Trail Angel Frank arrived in his red truck to shuttle us all back to the trail. About ten of us piled in, filling the cab and bed with hikers and packs. We cruised the dirt roads back to Benchmark trailhead, stopping on the way to help one of Frank’s buddies load a generator onto a trailer. When we got to the trailhead, I got out of the cab to see all the hikers covered in dust. Potatoes’ thick wavy hair was fully saturated like some kind of dirt perm. I had lucked out by squeezing into the cab and sitting on a nice leather seat.

We walked into the Scapegoat Wilderness along Straight Creek. I’m assuming it is named that way because the trail and the creek take a nice, gently graded straight line towards the pass, up and over to the Dearborn River. Much of the Straight Creek trail was burned over, but the hiking was easy. On the Dearborn, we ducked back into the shade of the forest for a 10 mile cruise along the river. We camped that night with another hiker named Zach Galifinakis, an Appalachian Trail shuttle driver from Asheville.

The next day, things changed dramatically as the trail left the valley floor and made a beeline for the ridge. We climbed higher and higher, every pass revealing another climbing ridge line. By the time we reached the summit, we were on the actual continental divide, with views looking back towards the Chinese Wall, and endless views to parts unknown to the south. The days of gentle grades were seemingly over, as we topped peak after peak, following the ridge. Suddenly, we went from hiking in wet shoes all day to 15-20 mile water carries, with infrequent shelter from the sun and bone dry heat. 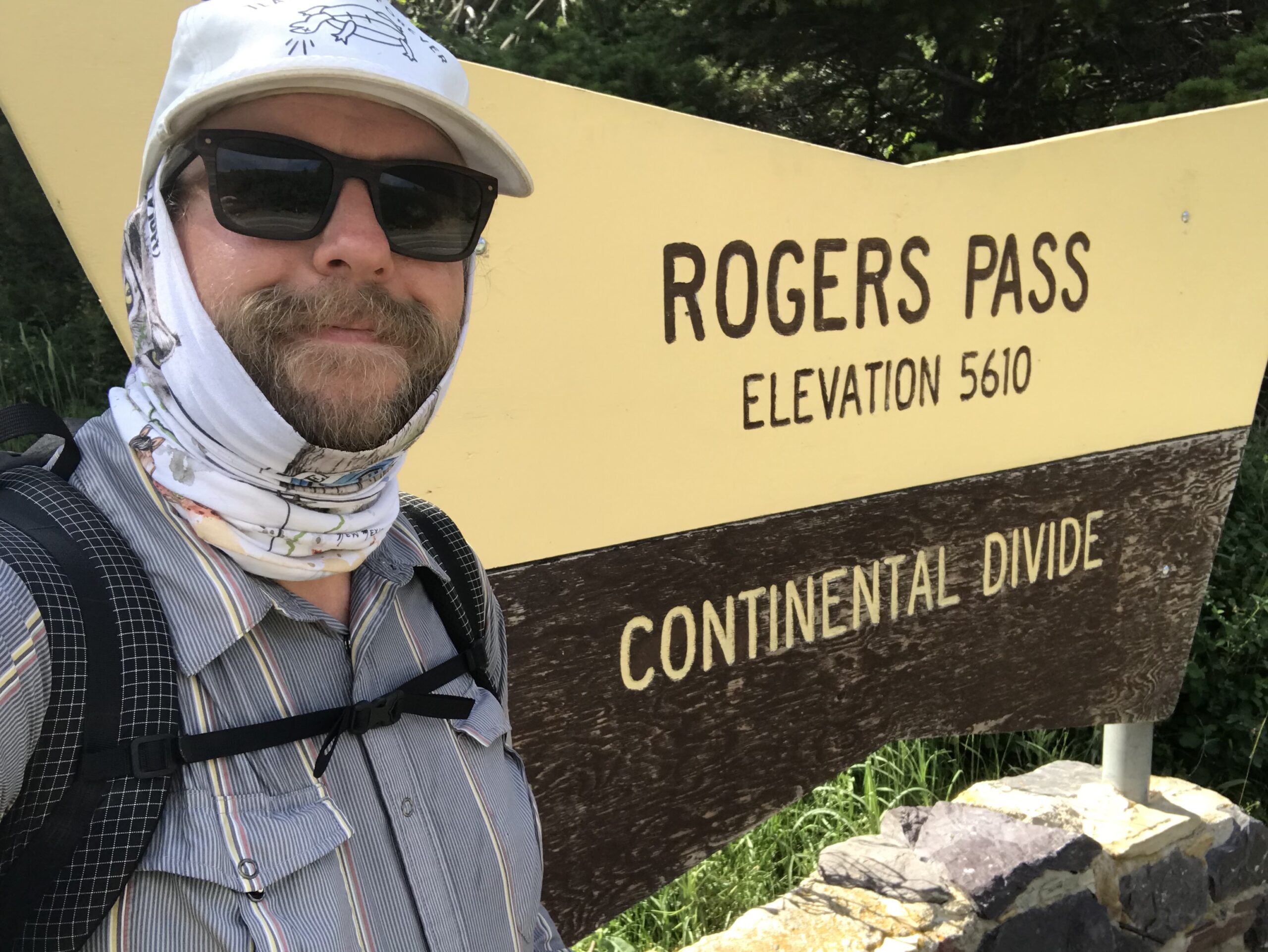 The ridge walk continued through the next day and we arrived at Rogers Pass, where we hitched into Lincoln, MT. At the first hotel we stopped at, we were told there were no vacancies and that the other hotels were full as well. They offered to let us tent behind the hotel for 25 bucks and said they’d let us shower in a guest’s room after they checked out in the morning. It was the best offer we had so we took it. As Quality handled the paperwork, I ordered a round for the boys at the hotel bar. While we sat there, thirstily drinking our cold beers, we got to chatting with a couple named Tim and Jo. Well, ol’ Tim happened to be a union pipe fitter and had been working at the Chobani yogurt plant in Twin Falls. We got to talking about Idaho and before long he offered to let us stay in his extra bunkhouse, a block away. That beat the pants off of sleeping in our tents in the hotel’s back patio so off we went to Tim and Jo’s place to shower, do laundry, and relax around the fire pit with a few Coors Lights.

For dinner, we returned to the hotel to try out the steaks. They were out of rib eyes, but brought us out some of the biggest New York strips I’ve ever seen. I ordered mine rare, and it was like chewing a bicep. On the first bite, a North Carolinian by way of Ukraine named Keep Up, eager to satiate his hiker hunger, began to choke. He stood up from the table, trying to cough the piece of meat clear. Potatoes jumped up and gave him a quick Heimlich squeeze, and Keep Up went back to eating his steak. While watching this unfold, I cut a big chunk off of my plate, and when I put it in my mouth, I couldn’t break it down. I felt it sliding into my throat and I couldn’t stop it. I stood up and motioned for Potatoes to hit me next. He popped the piece of meat free and I spit it out on my plate. Potatoes was in shock. “I’ve never seen anyone choke in my life and I just had to do the Heimlich maneuver twice in 3 minutes!” I didn’t hear him though, as I had a giant steak to finish and I was starving. It was a darn good steak. Unfortunately Potatoes, and most of the other people at the table, were too disturbed to finish their food, afraid of who was going to choke next.

With such great hospitality from Tim and Jo, we decided to spend another night in Lincoln, and grab our boxes at the post office on Monday morning. Back at Rogers Pass, we ran into Primetime, a young hiker from Nampa, Skippy, Moose, and Hong Kong. We set off on a steep climb back to the ridge. The wind started building until it was blasting us with 60 mph gusts, causing the line of hikers to stagger off the trail and hike at a 45 degree angle. The wind kept up all day but didn’t come with any storms.

Although we were maxed out on elevation, we were still doing about 3-5 thousand feet of elevation gain a day as we followed the divide over peak after peak. My knees and feet were starting to take a beating, and my Keen sandals were already falling apart. The next day we passed a secret outfitter, located about a mile from the unabomber’s cabin site. I got some new shoes and this helped with the pain immensely. I immediately felt that my trail legs had gotten stronger, with the pain subsiding. After that, we were making 20 miles a day without too much trouble, and we wound our way down from the ridge, through some beautiful rolling hill top cattle ranches, and on to MacDonald Pass outside of Helena.

Waiting at the pass were Walt and Pam, two Idaho Trails Association volunteers who store our trailers every winter. They had wanted to meet me along the trail, so they had set up camp at the Cromwell-Dixon campground and welcomed our arrival with Dutch oven chili and PBRs. We had a great night sharing stories from the trail and surmising over the mishaps of the historical figures from the informational signs at the pass. One, a madam who was murdered by her husband. The other, a bi-plane pilot who won a $10,000 prize by being the first to fly over the continental divide in that spot, only to die in a crash 2 days later.

In the morning we called David and Nancy, who had graciously picked us up and given us a lift to Augusta. They took us back to their house in Helena and let us set up shop in the basement. We ran a few errands around town, went out for Mexican food, then ended up at a drag show for Helena pride week. We ran back into Primetime, Skippy, and Moose and they ended up coming back to the house to crash in the back yard. In the morning, David made us all breakfast and then we took a second zero day (zero miles hiked). Walking around the neighborhoods of Helena, you can’t help but be impressed with all the interesting western architecture. Every house exhibits stylish craftsmanship; every church a lavish gift from the mining, cattle, and railroad barons, and all the old brick buildings downtown oozing with old west history.

Much thanks goes out to all the people we have met along the way that have taken us in, shared their homes, and attempted to fill the abyss that has become of our stomachs. These connections are a huge part of what makes a long distance hike such a special experience.

In the morning We return to MacDonald pass to continue on towards Butte. 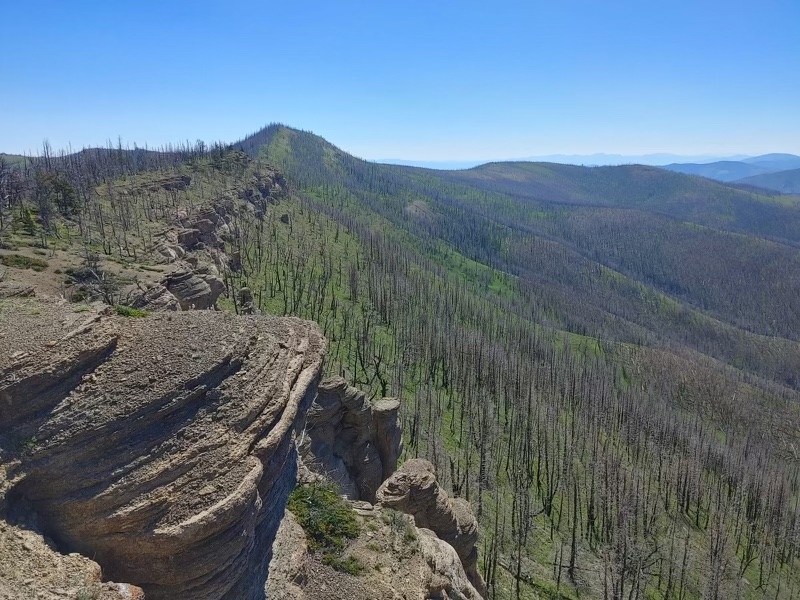 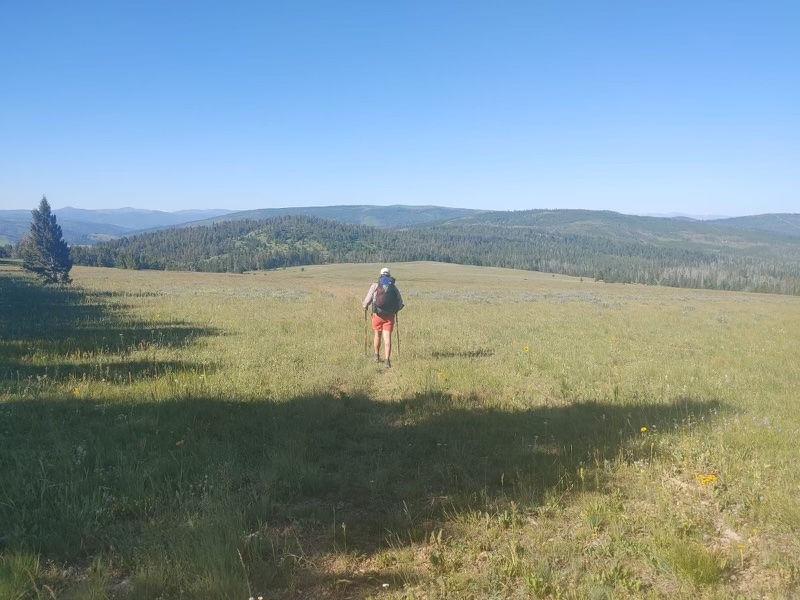